If the press in Germany are to be believed, Liverpool are keeping tabs on Leipzig’s young striker Timo Werner. The Reds have already agreed a deal with the German outfit to sign Naby Keita in the summer and now allegedly have the striker on their wishlist too.

Werner could potentially fit in well with Liverpool- they have a German manager in Klopp and have a front three (Salah, Mane, Firmino) whom Klopp is reluctant to rotate owing to the drop in quality of their replacements.

A transfer fee of something close to the 100 million euro mark has been mooted. Werner recently helped Leipzig claim their first ever victory over Bayern, but RBL might not be willing to sell two key players in the same transfer window. 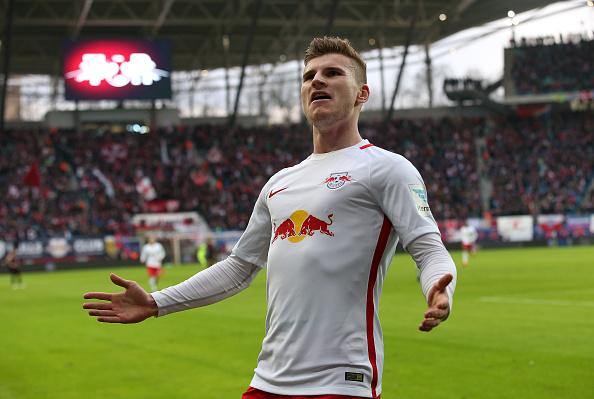 Liverpool had two players featuring in Germany vs England- Emre Can (Germany) and Adam Lallana (England). Lallana played for 66 minutes before being replaced by Nathan Redmond. Can was a second half substitute, replacing Julian Weigl, and he effectively came on at the same time that Lallana left the field. Minutes later, Lukas Podolski scored a stunner for the home side END_OF_DOCUMENT_TOKEN_TO_BE_REPLACED