Beat Manchester City but lose to Nottingham Forest? That kinda sums up Liverpool’s inconsistency this season, with the Reds slumping to a 1-0 loss at the City Ground to the Premier League newbies.

Curtis Jones and Harvey Elliott both started for the Reds here. The poorest LFC players for the local Echo paper were Joe Gomez in defence and Fabinho in midfield- both got a 4/10 player rating! 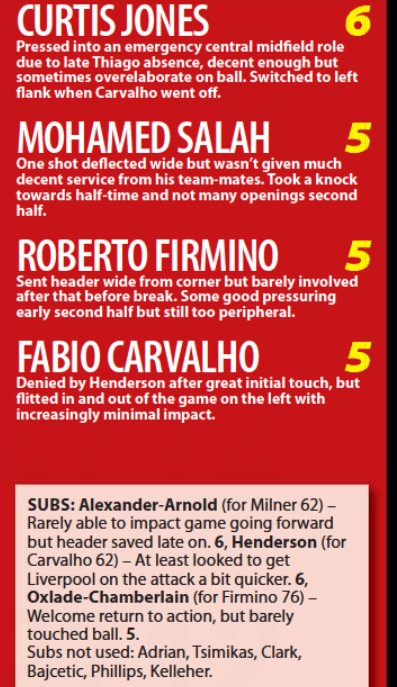 Liverpool manager Jurgen Klopp has chosen to start both Curtis Jones and Harvey Elliott in midfield for their clash away at the City Ground against Nottingham Forest. The Reds won 1-0 against West Ham in midweek, but Darwin Nunez and Thiago Alcantara, both key players in that midweek triumph at Anfield, miss out due to injury. 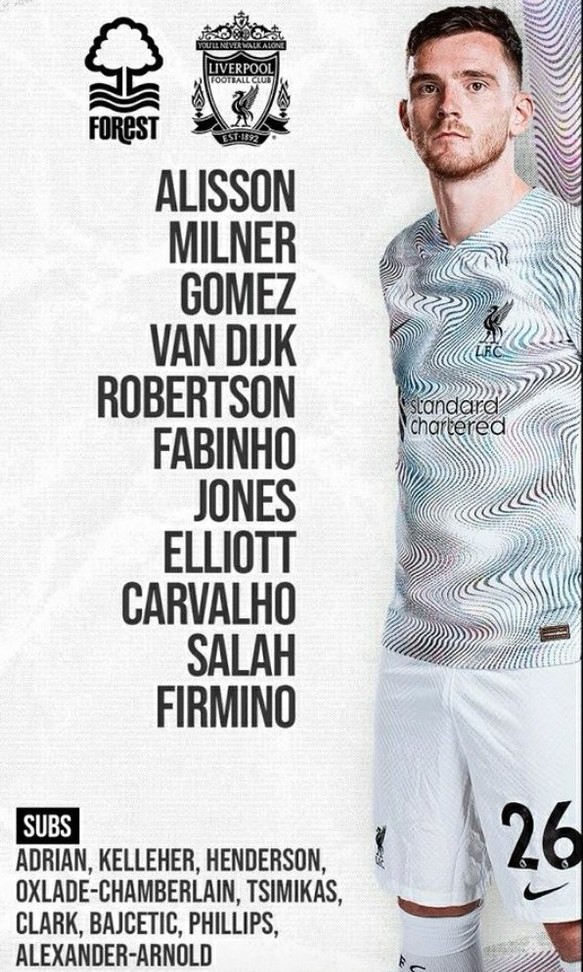 Here are the player ratings from the local Echo newspaper as Liverpool beat West Ham United in midweek. Good player ratings for goalkeeper Alisson (who saved a Bowen penalty), centre back Virgil van Dijk and forward Darwin Nunez (who score the game’s only goal from a header, and also hit the post)

The win took the Reds to seventh in the PL table. 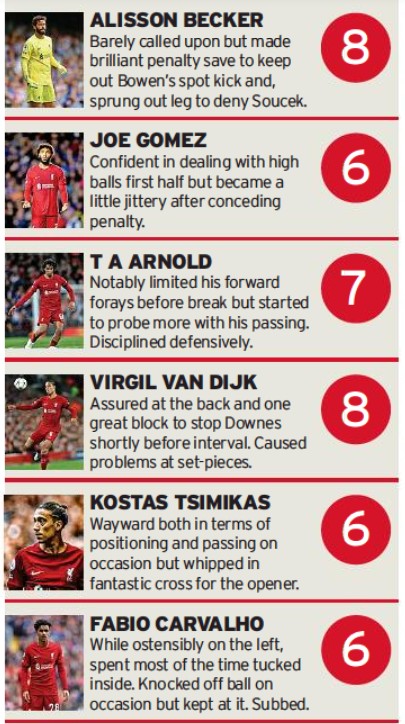 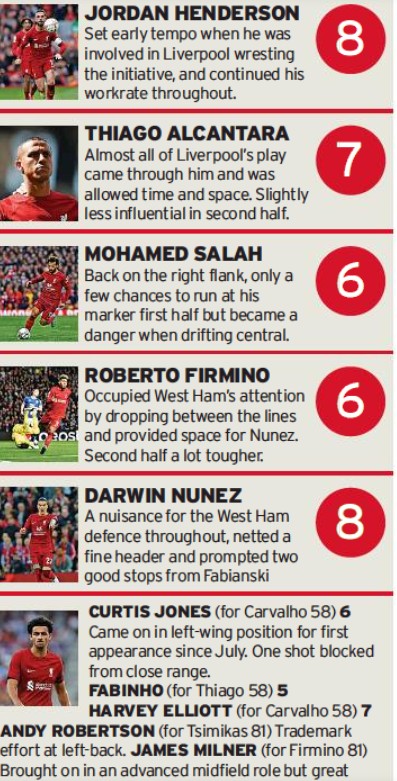