Liverpool have moved to 7th in the league with their 1-0 win over West Ham last night. The Reds’ top four rivals had mixed results- Chelsea drew against Brentford and Spurs went down to United, but Newcastle won their fixture thanks to a superb goal from Miguel Almiron (well worth the watch!)

West Ham could have leapfrogged the Reds but stay at 11 points as a result of the loss, while Liverpool move from 13 to 16 points. 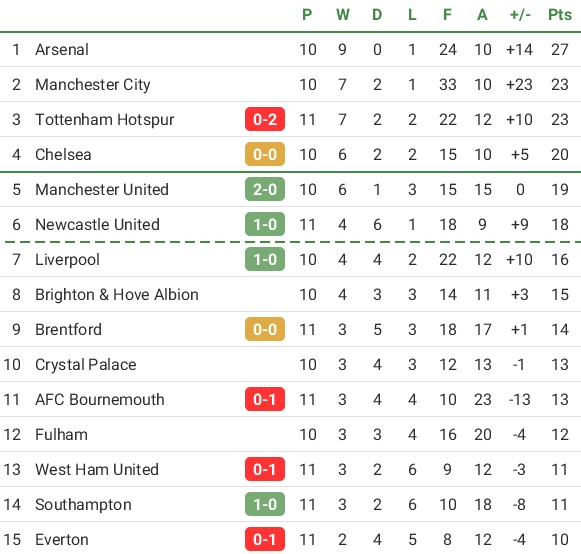