Liverpool demolished Rangers 7-1 in Glasgow despite falling behind to Scott Arfield’s early goal. Mo Salah scored a second half hat trick for the Reds, with Roberto Firmino and Darwin Nunez also getting on the scoresheet.

L’Equipe had Nunez and Gomez as the worst LFC players against Rangers, with a player rating of 5 and 3 respectively. The local Echo paper however gave both of them a 7/10 rating. 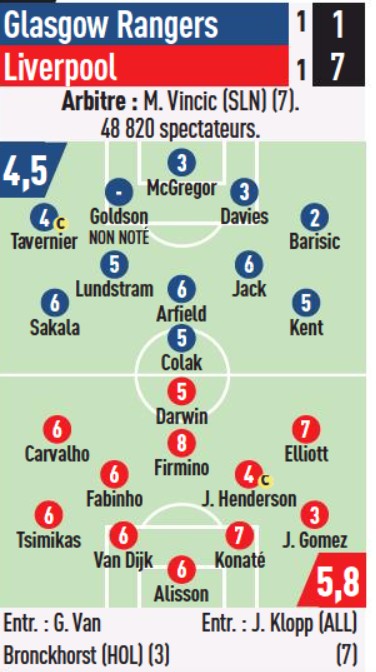 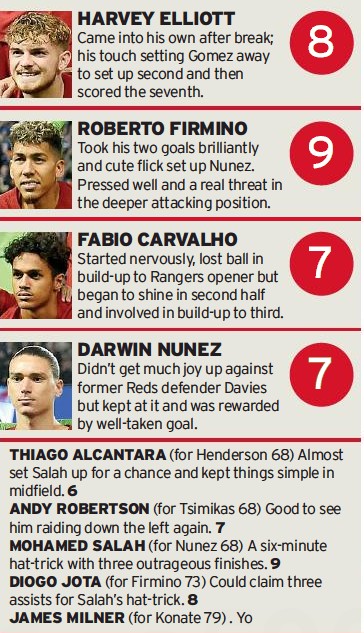