The two fullbacks (Trent, Robertson) and skipper Henderson (all of whom were replaced in a triple substitution by Klopp in the second half) were the lowest rated LFC players on the evening 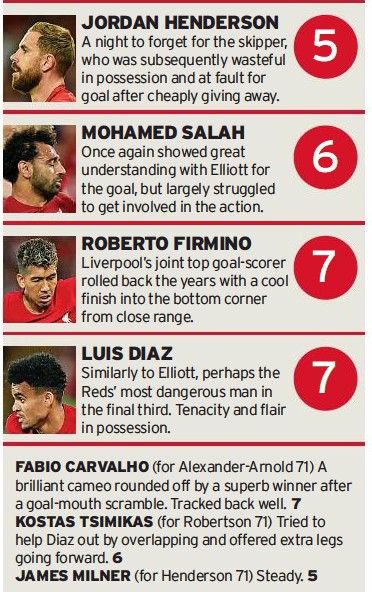