The Premier League has released their official Team of the Week for Round 13, and three Liverpool players- defenders Virgil van Dijk and Andy Robertson, and forward Diogo Jota are present in the TOTW made by the legendary Alan Shearer. The Manager of the Week is also another former Liverpool player- Steven Gerrard, who is now in charge of Aston Villa.

Robertson was the pick of the players in the LFC ratings against Southampton. 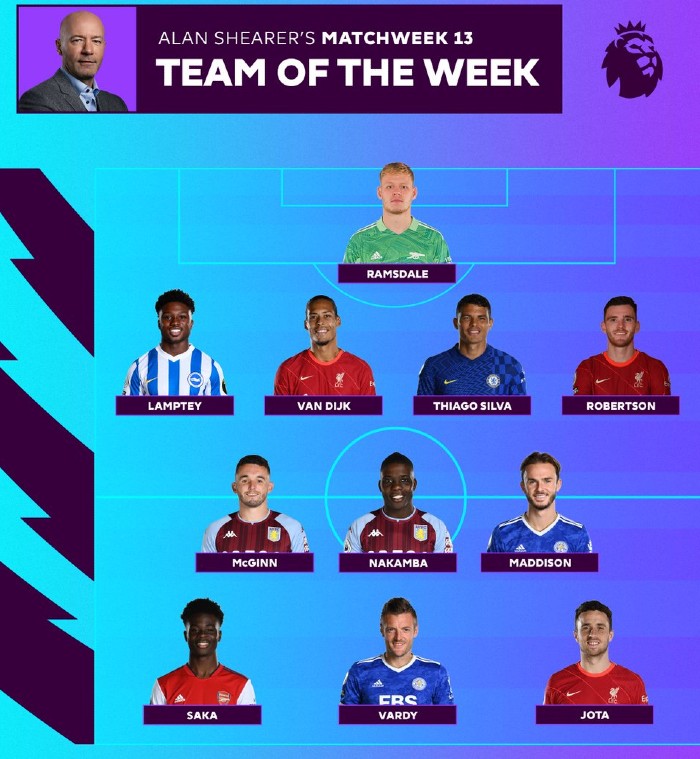