Liverpool booked their spot in the Round of 16 with a hard fought win over 2019 semi-finalists Ajax at Anfield. A second half goal from youngster Curtis Jones, set up by fellow teenager Neco Williams, gave Jurgen Klopp’s side a 1-0 victory.

The Reds’ injury woes deepened before the game when it was revealed that first choice goalkeeper Alisson had joined their growing injury list following their draw away at Brighton, and Klopp opted to give Irish youngster Caomhin Kelleher a chance between the sticks ahead of Spaniard Adrian. 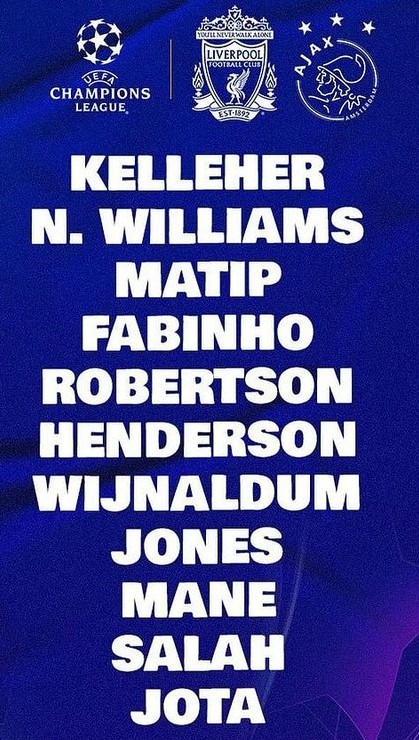 Liverpool started off well, with Jones having two decent chances within the first six minutes of the game. One ended being an easy save for keeper Andre Onana while the other saw him rattle the woodwork.

The scores were level at the interval, and it took 58 minutes for the deadlock to be broken, courtesy of a mistake from the otherwise reliable Onana. The Ajax goalkeeper decided at the last moment not to claim Williams’ cross, thinking it would go for a goal kick, but hadn’t accounted for the rushing Jones, who snuck in with a composed finish to put the Reds ahead.

It was a big night for the 22-year-old Kelleher- a good performance here would also mean a potential start in the next league game against Wolves, and he didn’t disappoint. He produced a good save to deny Noussair Mazraoui in the first half, and a lovely one at the end against Klaas Jan Huntelaar that even Alisson would’ve been proud of. 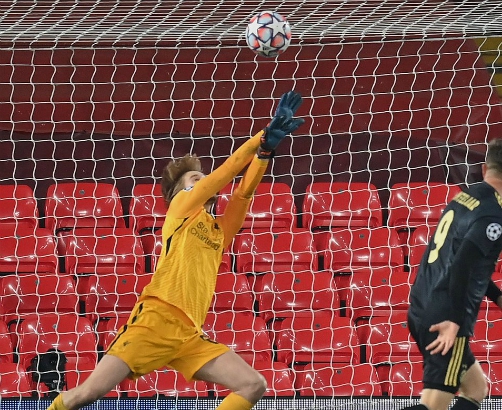 It was a fine, fine European victory for a depleted Liverpool outfit and we reckon plenty of their fans would’ve been celebrating online. Some here in this list have been long-time favourites of several i-gaming Reds supporters, us included. Ajax were on a 17 game unbeaten streak away from home and given Liverpool’s injury list, many would’ve fancied Erik Ten Hag’s men to upset the Reds, just like Atalanta did in MD4.

Ajax did have their chances- apart from the Mazraoui and Huntelaar ones mentioned above, Davy Klaassen had a golden opportunity but wasted a header from point blank range, while David Neres struck the woodwork. As xG showed (2.12-1.59), it was a tight game, but Liverpool edged it, and Kelleher’s brilliance in front of goal sealed their passage into the knockout stages. It ended 1-0 in favour of the Reds, just as it had in Amsterdam on MD1.

Defeat for the Reds could’ve made things very tricky indeed going into the final round of fixtures. Instead, with Atalanta’s draw against Midtjylland, they are now guaranteed top spot in the group and can afford to send a virtual B-team for next week’s trip to Denmark against already eliminated FCM.