Liverpool played their first UCL game of the season against Ajax on Wednesday evening, and Jurgen Klopp fielded a squad missing Virgil van Dijk and several key midfielders, with young Curtis Jones being given a start.

Just as he had done against Chelsea, Fabinho was hugely impressive filling in at centre-back. He played alongside VVD against the Blues, but partnered Joe Gomez here against the Dutch giants and was key to the Reds and goalkeeper Adrian keeping a much needed clean sheet.

Nicolas Tagliafico’s unwitting own goal gave the Reds a 1-0 win in the Dutch capital. 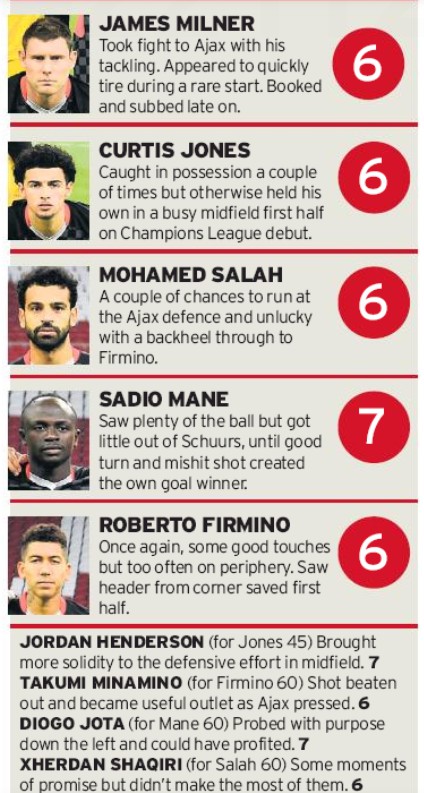