The London Stadium was one of the spots where Liverpool slipped up last season, but there was to be no repeat of that mistake this season as goals from Salah and Ox saw the Reds ease to a 2-0 win. The victory now means Jurgen Klopp’s men have beaten each of their 19 remaining Premier League opponents this season- they didn’t play West Ham in December owing to their CWC commitments.

LFC didn’t really have to get out of second gear, as demonstrated by the number of 7’s in these player ratings. Alisson, who made crucial saves to deny Snodgrass and Rice, got a 9. Trent Alexander Arnold perhaps lucky not to score an unwitting own goal, but it was three points and a clean sheet at the end. 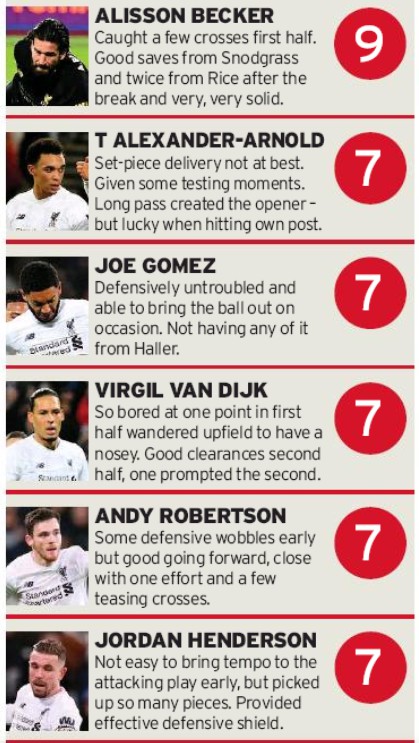 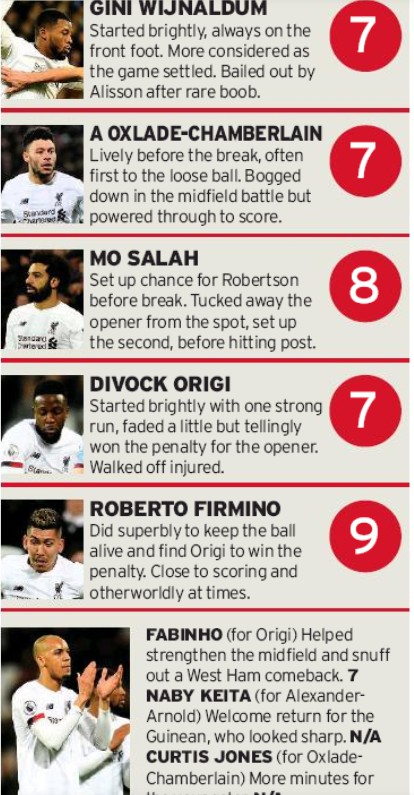