Man City successfully defended their Community Shield title as they beat Liverpool 5-4 on penalties at Wembley. The Citizens, who had beaten Chelsea 2-0 last year, took the lead in the 12th minute through former Liverpool star Raheem Sterling. Liverpool equalised in the second half through substitute Joel Matip.

In the penalty shoot out, Claudio Bravo saved Gini Wijnaldum’s effort. All five of City’s spot kicks were successful- although Allisson did manage to get a hand on Zinchenko’s penalty, he could not stop the ball from going in.

Here are the player ratings for the game from three of Britain’s biggest newspapers- The Guardian, The Telegraph and the Mirror. 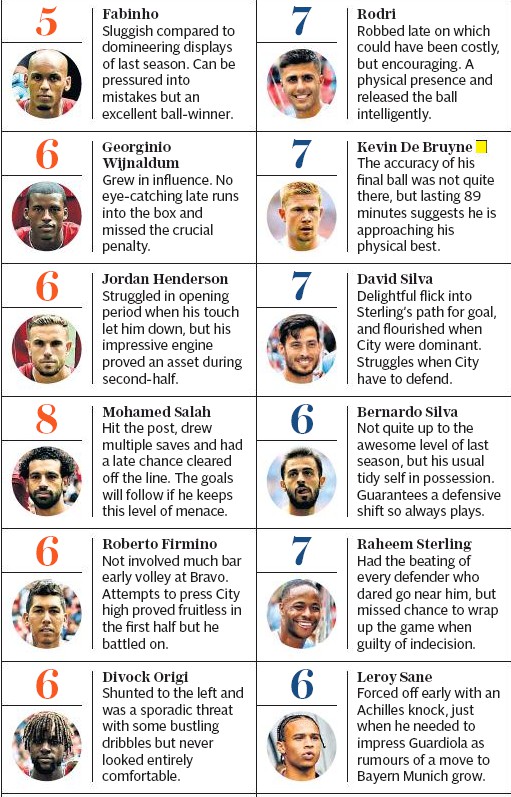