As good as Liverpool’s performance was on Wednesday night at the Allianz Arena, few would disagree that this was not the Bayern Munich of old. Three FCB players- Mats Hummels, Jerome Boateng and Thomas Muller had been told by national coach Jogi Low that they no longer had a future with Die Mannschaft. Muller was suspended for this game, Boateng only made it to the bench because Joshua Kimmich was suspended (which resulted in Rafinha being promoted to the starting XI), and Hummels was poor in comparison to his opposite number Virgil van Dijk, who also beat him to a corner to score the goal that effectively sealed Bayern’s fate.

The German media operates on a 6-1 scale (6 being very bad and 1 being very good). Gnabry and Thiago were the only players to get an “average” rating for this game- both picked up 3’s. Manuel Neuer is nowhere near his best after coming back from injury and that reflected in his 5 for the game. James and Lewandowski were expected to be crucial for Bayern, but neither really turned up on the evening.

Kicker ran the headline “Deutsches Desaster”, alluding to the fact that no German club made it to the quarters of the CL.

Bayern’s performance on the night was not as bad as Schalke, who were taken to the cleaners by Man City, but the nature of their defeat will certainly see more pressure heaped on coach Niko Kovac, who also got a 5 rating- his opposite number Klopp got a 1!

The only team flying the German flag in Europe is Eintracht Frankfurt, who stunned Inter to reach the quarters of the Europa League. They will face Benfica in their quarterfinal. 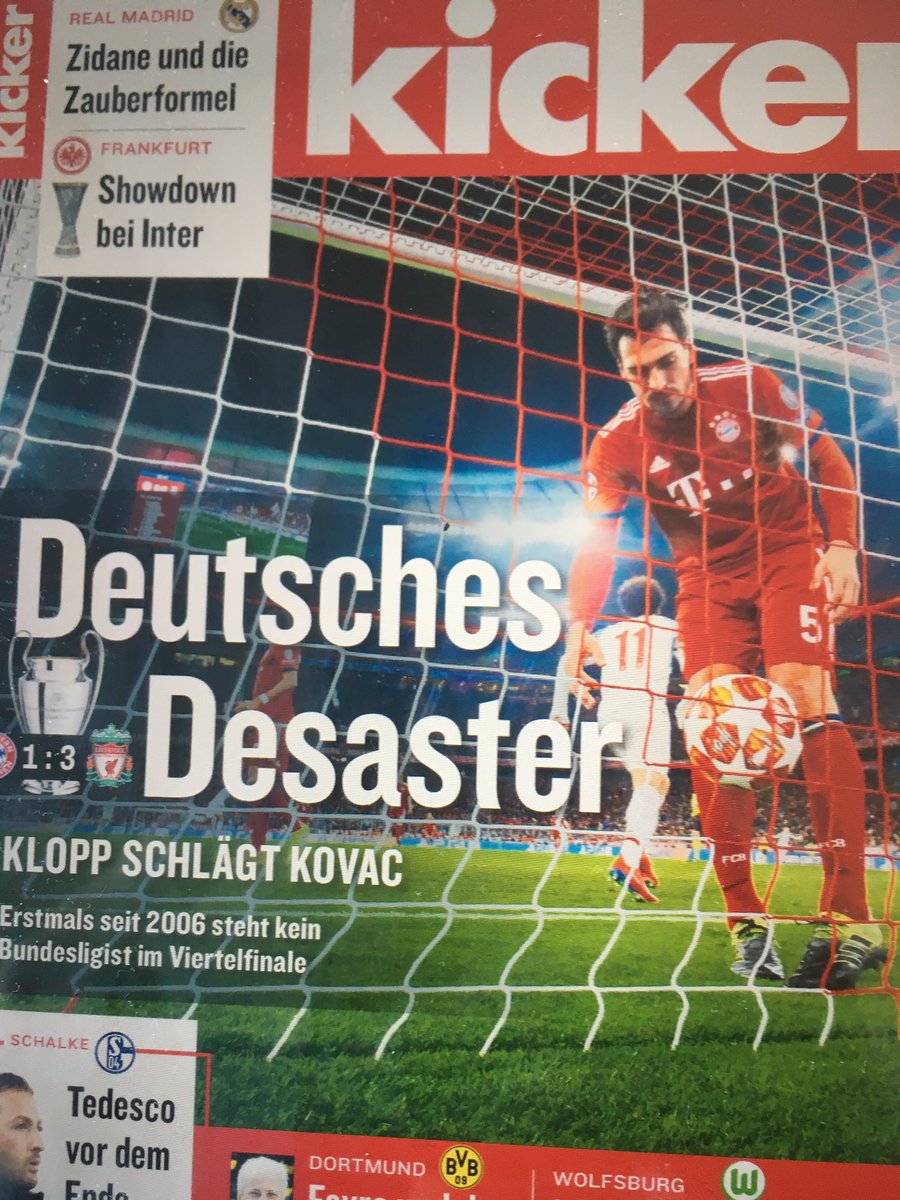