It’s always good to look at what the media in the opposition’s country think of our club’s performances, and without further ado, here is a look at Bild’s player ratings for Liverpool vs Bayern.

Note that the player ratings are inverse- 5 actually means a a poor and 1 means very good. We were originally surprised to see Javi Martinez and Mat Hummels both get a 1, thinking that there was no way they had performed that badly, only to realise the grading system later! We thought Martinez was one of the stand outs for Bayern in what we saw, and were happy to see it proven right.

According to these ratings, the worst Liverpool player on the evening was left back Andy Robertson, followed by Wijnaldum and Salah. There was no true stand out player, with several getting average 3 ratings- eight of the eleven were given that grade!

For Bayern, Hummels and Martinez were the best players, with James Rodriguez being the worst. Bild also thought that Niko Kovac outsmarted his opposite number Klopp 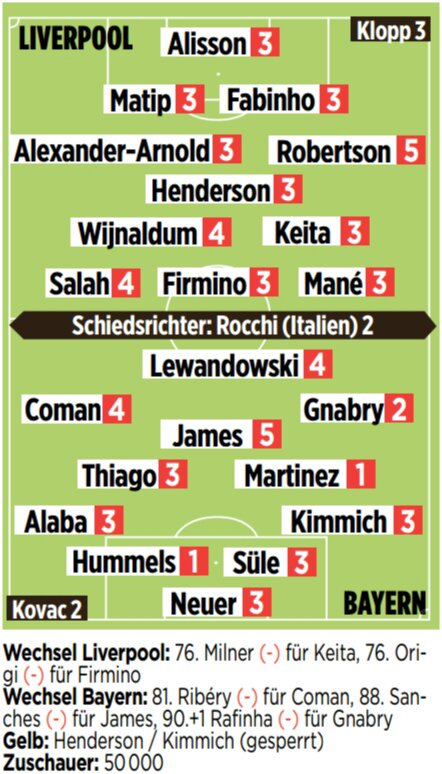