Liverpool went temporarily second in the Premier League as they easily saw off the challenge of West Ham at Anfield. West Ham under Moyes had proven to be no easy beats for the likes of Arsenal, Chelsea and Man City, but they collapsed in the second half at Anfield, extending Moyes’ winless run as manager at the ground to 15 games (7 draws, 8 defeats)

Liverpool’s front trio of Mane, Salah and Firmino all got on the scoresheet, and many records were broken by the Reds during the game

West Ham gave a debut to Patrice Evra and Moyes’ plan seemed to revolve around playing a strong defensive five and relying on the counter attacking skills of loanee Joao Mario, the returning Manuel Lanzini and the immensely talented Marko Arnautovic, who has been in the form of his life since Moyes’ arrival

However Liverpool attacked the Hammers well through the flanks, with Robertson and Trent Alexander Arnold both constantly troubling the visitors with their crosses.

The opening goal came through a corner, with Emre Can heading in. West Ham could’ve perhaps complained about a possible obstruction from James Milner on Adrian- indeed some players appeared to, but Stuart Attwell was having none of it.

West Ham have had a tendency of switching off in the second half this season, and as one fan blog pointed out, this was eerily similar to their post-interval performance against newly promoted Brighton (the game where Ezquierdo scored a wonder goal) 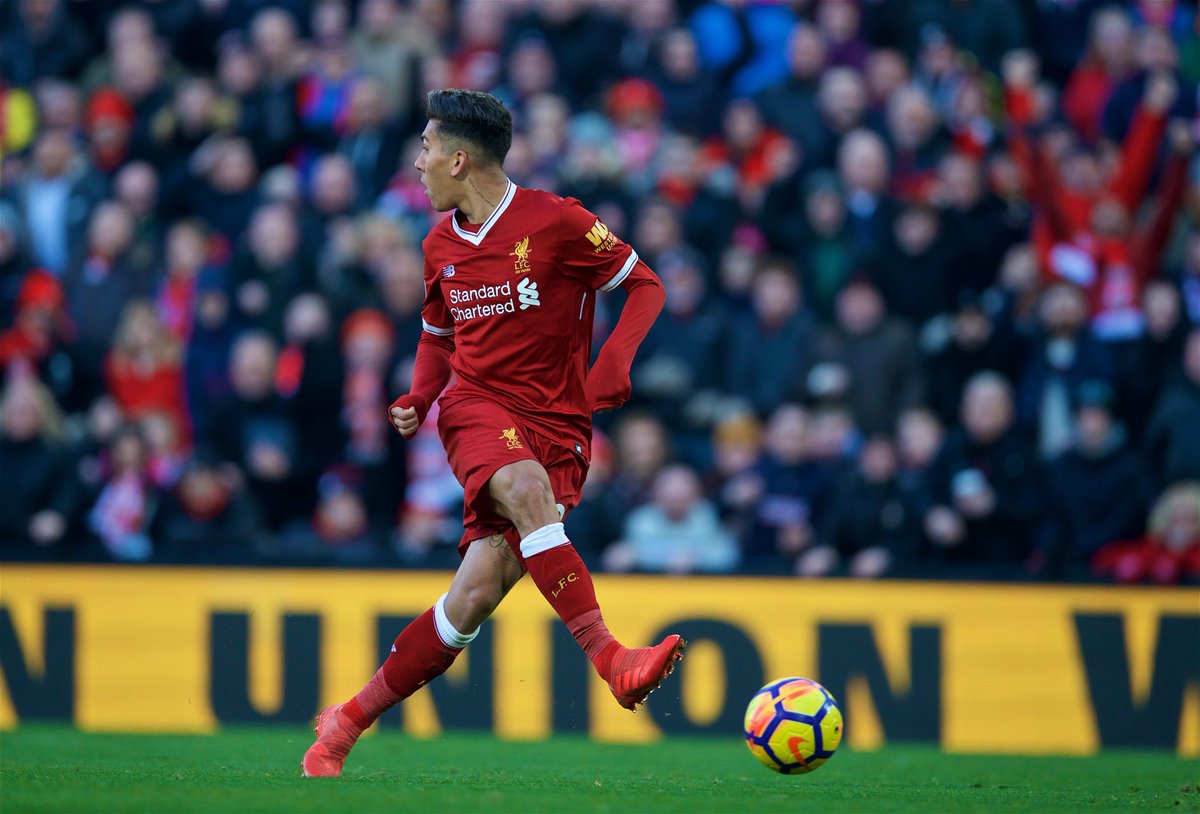 The trio of Salah, Firmino and Mane all got on the scoresheet- Salah got his 20th left footed goal of the season, breaking Robbie Fowler’s record and his 31st here equalled Suarez’s tally in his best ever season at Anfield. Liverpool also crossed 100 goals for the season in this game.

Individually West Ham weren’t good enough- Liverpool’s second and third goals came down to individual errors and they didn’t appear to test Karius at all in the second half. Indeed such as LFC’s dominance that they could’ve easily scored six or seven- Salah and Mane both shot at Adrian from near out, Mane also hit the post before scoring.

A great performance from Alex Oxlade Chamberlain, who created Mo’s record breaking goal and could’ve had some more assists to his name if the finishing had been a little more ruthless.