How about a back four of Clyne, Alderweireld, Van Dijk and Robertson? Sounds dreamy, doesn’t it?

Well, that dream could become a reality for Liverpool fans, with the Times reporting that Spurs are ready to listen to offers for Toby Alderweireld after negotiations over a new contract stalled. The Belgian reportedly wants to be on £150,000/week, and the Lilywhites don’t want to break their wage structure for the 29 year old. Manager Mauricio Pochettino is also in favour of the board’s decision.

It would seem to be a no brainer to go for Alderweireld, who at 29, is still one of the best centre backs in the business, and would definitely be an upgrade on the likes of Klavan and Lovren and even Joel Matip. Whether Spurs would be willing to sell to a league rival is another matter altogether, but they did sell Kyle Walker to Man City £50m not too long ago. Alderweireld is also in the last year of his contract with the Lilywhites.

Keeping that smaller matter of Toby aside, Liverpool’s fixture this weekend is against West Ham. The Reds thrashed the Hammers 4-1 earlier this season and will be looking to do a league double. In 48 previous trips to Anfield, West Ham have only won ONCE- in August 2015. 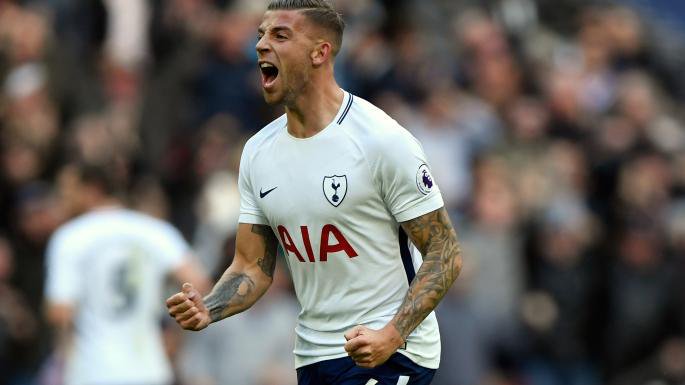 With Manchester United and Chelsea due to play on Sunday, this is a great opportunity for Liverpool to exert some pressure on both Mourinho and Conte- a victory for the Reds will see them jump to second ahead of the Sunday blockbuster at OT.

Man City and Arsenal will not be seen in PL action this weekend, with the two teams battling it out for the League Cup at Wembley. Both teams come into this game on the back of surprise defeats- Man City in the FA Cup against Wigan, and Arsenal in the EL against Ostersunds, and it could well come down to a battle between Sergio Aguero and Pierre Emerick Aubameyang, as the Man City Core blog indicates.

Elsewhere bottom of the table West Brom are at home against Huddersfield, while fellow drop zone clubs Southampton and Stoke are away at Burnley and Leicester respectively. Both Swansea and Newcastle can leapfrog their respective opponents- Brighton and Bournemouth, should they triumph this weekend.