John Terry has named Steven Gerrard and Jamie Carragher in his all time Premier League XI. Midfielder Gerrard and defender Carragher are the only two Liverpool players in the list (it has 8 Manchester United players!). Carragher partners Rio Ferdinand in the heart of midfield while Gerrard plays alongside Paul Scholes.

After seeing his own name in the XI, Carra jokingly accused Terry of being after a job at Sky! Carra himself is currently a pundit and commentator at Sky.

While Carra was a fine defender, many Liverpool fans would not disagree with the fact that Sami Hyypia in his prime was a far better centre back. 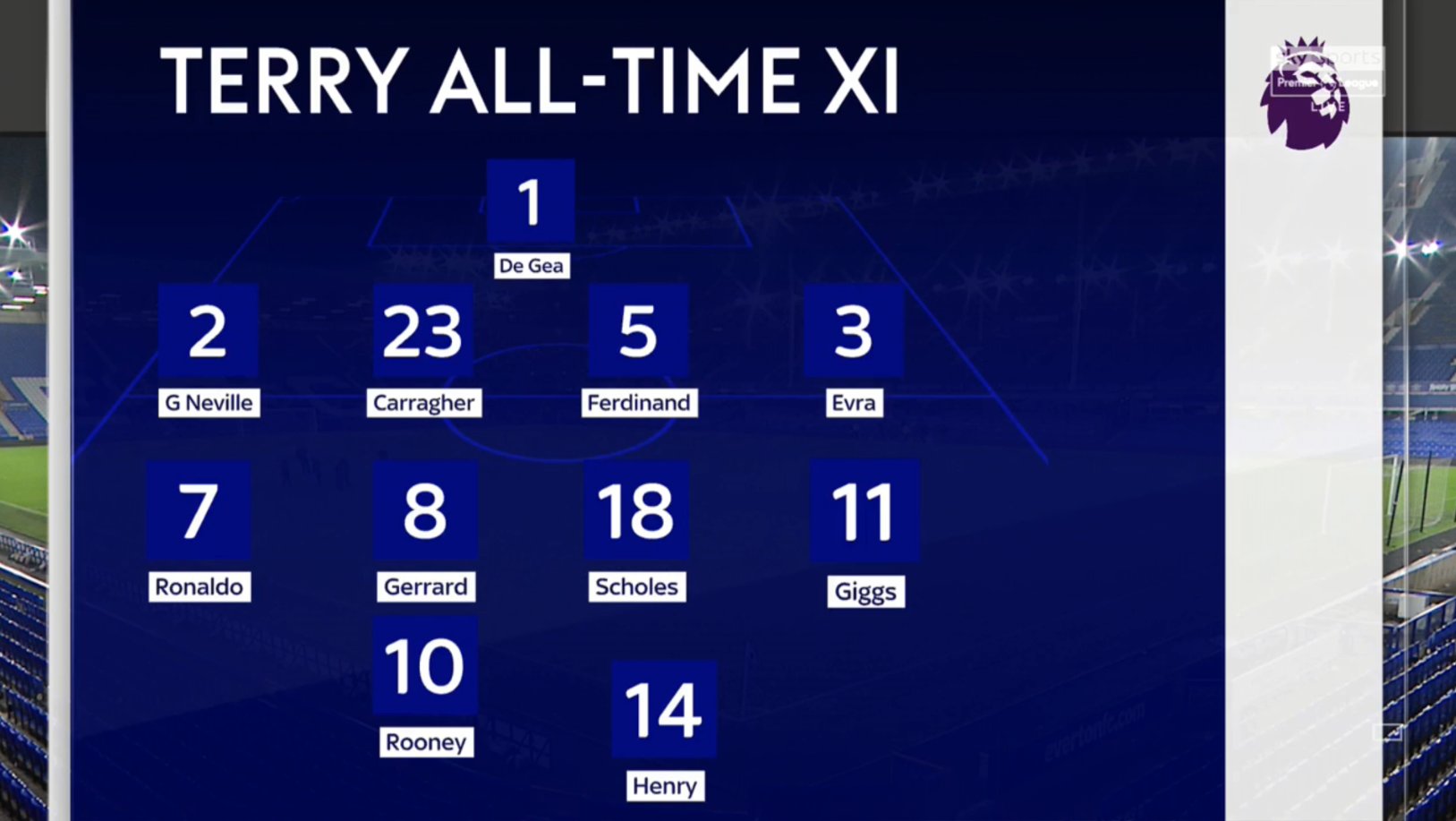