Liverpool became the first Premier League side to score three or more goals in four consecutive away games as they produced an attacking masterclass to demolish Bournemouth at the Vitality Stadium.

The two games between Eddie Howe’s Cherries and Jurgen Klopp’s Reds last season had produced a total of eleven goals, including a seven goal thriller in the corresponding fixture last November. Howe opted to keep faith with the same back four that had given a good account of themselves in midweek against Manchester United, but made changes en masse in midfield and upfront, with Joshua King the only survivor from the trip to Old Trafford.

Jurgen Klopp also made four changes, with Simon Mignolet replacing Lorius Karius in goal, Joe Gomez coming in at right back, Jordan Henderson in for the suspended Emre Can and Philippe Coutinho moving up to accommodate Alex Oxlade-Chamberlain.

Liverpool began the game brightly, and their first chance came in the 10th minute, with Ake fouling Firmino and Coutinho’s resultant free kick hitting the inside of the woodwork. However it was the Brazilian who eventually opened the scoring in the 20th minute, with a brilliant solo run that left the Bournemouth defence in sixes and sevens before slotting home. Six minutes later, the Reds doubled their lead. Coutinho’s corner was chased by Firmino, who acrobatically kept the ball in, and Croatian defender Dejan Lovren nodded in from close range.

At the other end, Jermaine Defoe had a glorious chance to make it 2-1, but was denied by the woodwork. In the corresponding fixture last season, Bournemouth had been 2-0 down before winning 4-3, but this miss was to perhaps indicate that it was not to be the Cherries’ evening.

Just before the interval, the impressive Alex Oxlade-Chamberlain found Salah in space, and the Egyptian turned inside both Daniels and Ake before getting a shot away to pick up his 20th goal of the season. Only Ian Rush and Roger Hunt, both Reds legends, have achieved this feat before Christmas, and only George Allan, back in 1895, had done it quicker than Salah. 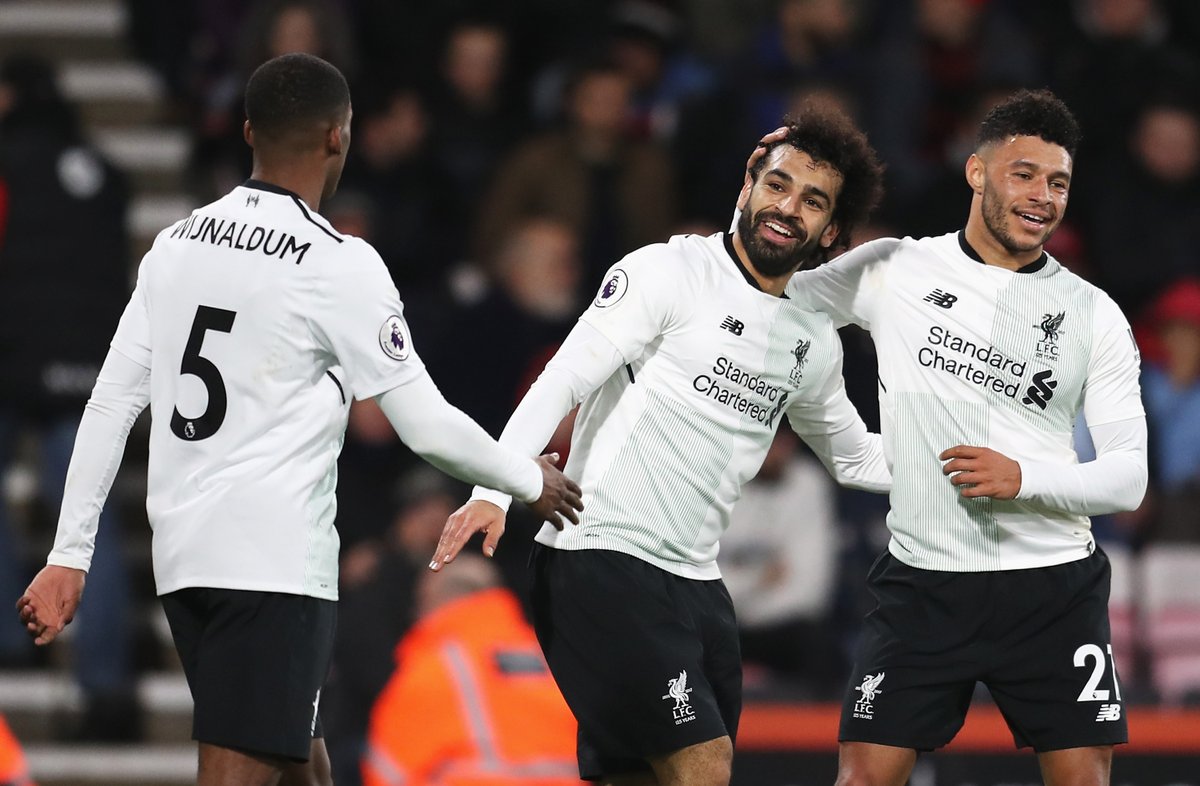 There was another goal to come, with Coutinho’s pin-point delivery nodded in by Firmino midway through the second half for Liverpool’s fourth. At the other end, Defoe was denied by Mignolet as the Cherries, who opted to try and go toe to toe with Liverpool instead of parking the bus like Everton and Albion, finished goalless.

Bournemouth are sponsored by the Mansion Group, which is the owner of the casino.com online Casino brand that is doing very well in its sphere, but the Cherries are not, and they desperately need some results to go their way in the next few weeks. They’ve now gone six games without a win and are being sucked into a potential relegation battle- Eddie Howe’s side are now below West Ham, who had a wretched beginning to the season before the introduction of David Moyes turned things around. 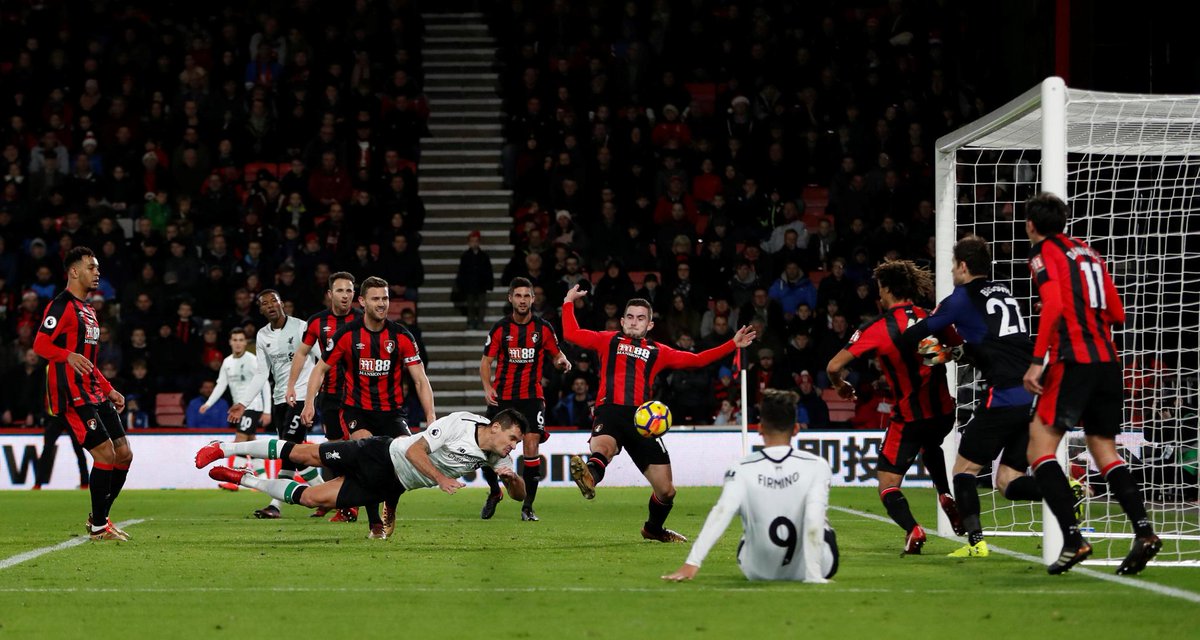 For Liverpool, Coutinho, Firmino and Salah were excellent as usual, but Alex-Oxlade Chamberlain had a fantastic outing too and he will be hoping for an encore against his former club Arsenal, who are the Reds’ next league opponents.