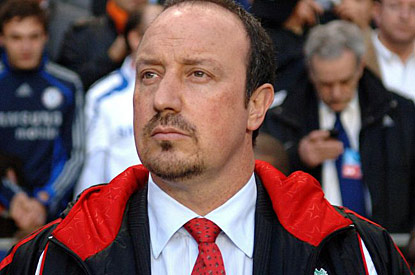 Liverpool boss Rafael Benitez felt justice had been done after Stephen Ward was eventually sent off for Wolves in the Reds’ 2-0 win at Anfield.

Referee Andre Marriner initially booked the wrong player, Christophe Berra, but he finally realised it was Ward who should have received a second yellow card, and then a red, for a foul on Lucas Leiva just minutes after he had been cautioned for pulling Yossi Benayoun’s shirt.

The incident sparked an exchange on the touchline between Wolves boss Mick McCarthy and Benitez. McCarthy sarcastically applauded his opposite number as the officials finally arrived at the right decision to dismiss Ward.

That gave Liverpool the break they needed for Steven Gerrard and Benayoun to grab the goals to secure a vital win for the nervy Reds, but afterwards McCarthy questioned the role of fourth official Phil Dowd in the rumpus and suggested he had told Marriner about his error.

“The referee got it right. The sending off changed the game, against 11 men it is difficult in the Premier League, but against 10 men who are soon 1-0 behind, the game becomes more open.”