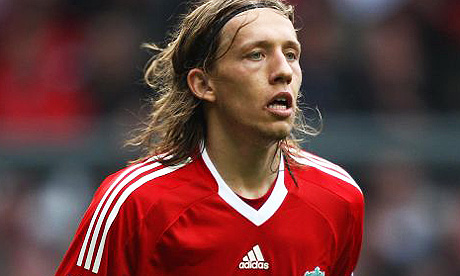 Lucas Leiva is hoping Liverpool can end 2009 on a high by claiming a victory over fourth-placed Aston Villa.

The Reds closed to within five points of the Villans with a 2-0 win over Wolverhampton Wanderers on Boxing Day – although Martin O’Neill’s men could restore their advantage with victory against Arsenal.

Lucas accepts Tuesday’s clash at Villa Park will be a difficult one, but the Brazilian is eager for Liverpool to continue to build momentum in their quest for a top four finish.

“We are happy because we really needed the three points,” he told Liverpoolfc.tv. “I think we played well and deserved to win. Now we have to build some momentum. We have an important game with Villa and we know that if we beat them we will be closer.

“Like I have said before, every game is like a cup final for us and we must keep working hard to try and win some matches in a row.

“Villa will be a really difficult game and we don’t have too much time to recover, but we will make sure we are ready and try to get the three points.”

Lucas admits the sending off changed the game and feels Liverpool can now shake off recent criticism by rekindling their winning mentality in the second-half of the season.

“When you have one player more it is easier,” he said. “They were then forced to play with one striker. That worked in our favour and I think it was the right decision.

“After that we kept the ball better, created more chances and scored the two goals.”

He added: “When you aren’t winning or playing as well as you can then you are going to get criticism, that’s normal.

“We know we have a good squad and a good team. The key is to get our confidence back for the rest of the season.”