Rock band Echo and the Bunnymen were due to perform at Birmingham’s Symphony Hall on May 26, and opted to rearrange their gig and move it to May 29th because it was clashing with Liverpool’s Champions League final.

They released a statement on Facebook, which lead to outrage from disgruntled fans who were upset at having to cancel their travel and hotel bookings. Following the outcry, they changed their decision and opted to keep the gig on the 26th itself.

Chaos, we must say!

Original Echo and the Bunnymen Statement 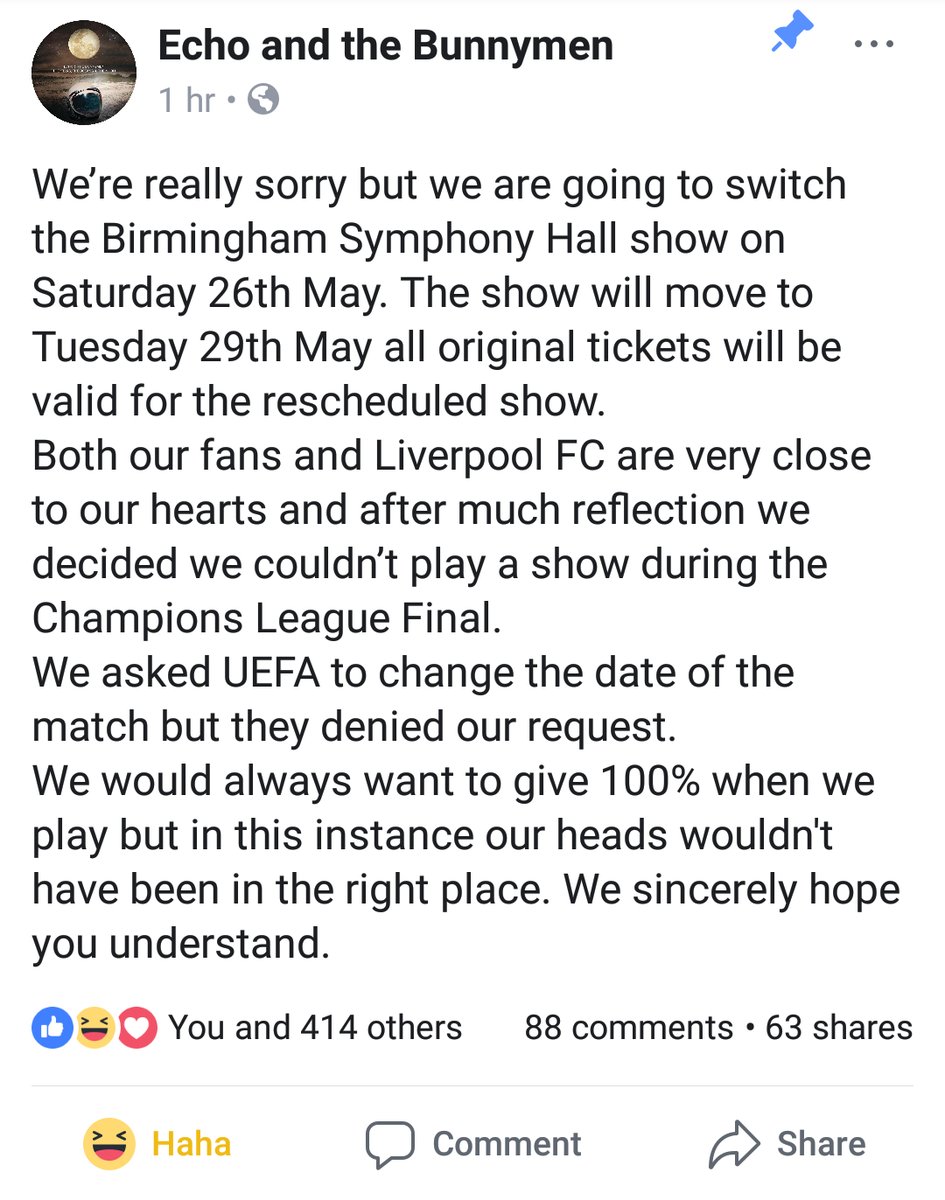 END_OF_DOCUMENT_TOKEN_TO_BE_REPLACED

While Liverpool are increasingly removed from European competition next season, the British media reinforce the idea that Steven Gerrard will look to leave Anfield.

Even after the midfielder renew its relationship with a millionaire contract and should be consolidated as one of the last great legends of the club’s history, the Daily Mail reported that Real Madrid would be interested in signing the English, which could convince moving from club and league.

The footballer, who had to watch the 1-1 draw against Stoke from the sidelines through injury cost him the white club about 45 million euros. Besides, the figure could be increased, according to the fate that had England in the next World Cup.

Furthermore, Real Madrid could take advantage of emerging economic situation in which Liverpool is therefore an income of that kind of money would be a great relief to the owners of Anfield.

Thus, the English media say Gerrard is in the same situation six years ago when he was about to join Chelsea, while Gerard Houllier was on the bench for Liverpool.