7 minutes of second half madness cost Liverpool at the King Power Stadium as they went down 3-1 to Brendan Rodgers’ Leicester. Liverpool had dominated the contest until that point and lead through Mo Salah’s goal midway through the second half, but then crumbled, just as they had done against Manchester City in the previous game.

Here are the player ratings for the game from the local Echo newspaper. 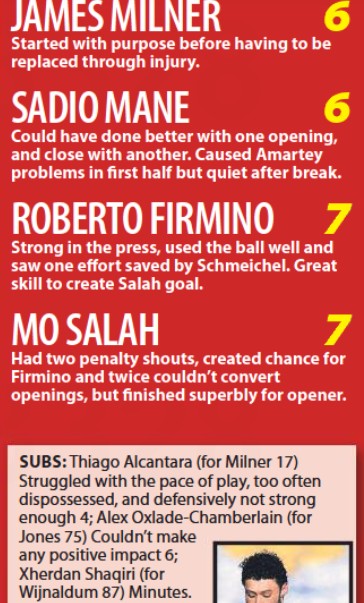