Liverpool produced a stunning performance to ensure they would be top of the league come Christmas with a 7-0 demolition of Crystal Palace at Selhurst Park. It was the Reds’ first away PL win by a margin of seven goals or higher, and also marked an unwanted first for Palace, who had never conceded so many at home previously in a top flight league fixture. 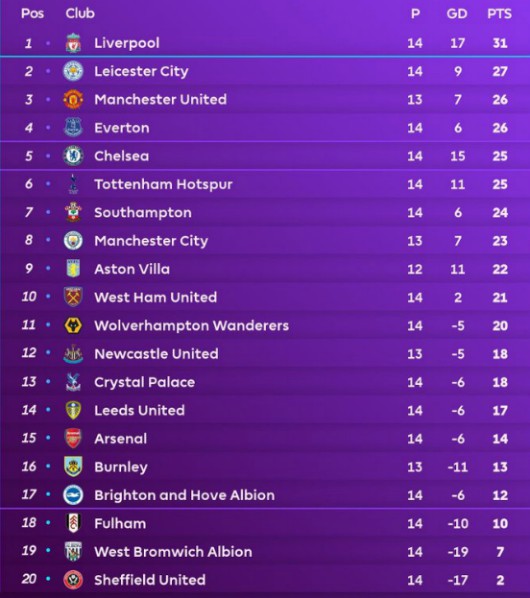 This 7-0 win, coupled with Tottenham’s surprise 2-0 loss at home to Leicester later in the weekend, now means the Reds have opened a four point gap at the top of the table going into the festive season round of fixtures.

It took Liverpool only two minutes to get going at Selhurst Park, and it came from the boot of Takumi Minamino, handed a rare start ahead of Mo Salah. The Japanese international produced a nice finish to score his first ever Premier League goal for the Reds.

Sadio Mane has had a goal drought of sorts in recent times, but the Senegalese star has a fantastic record against Palace, and picked up his 10th against them with a fine finish under pressure in the 17th minute to put the visitors 2-0 ahead.

Any hopes Palace might have had of salvaging something from the game were swiftly extinguished just before half time. A brilliant counter attack, started and finished by Roberto Firmino, with an excellent Robertson pass to assist the Brazilian, saw Liverpool go 3-0 up.

3 became four just after the interval as skipper Jordan Henderson lashed one home from distance. Liverpool, interestingly were playing here in the same kit that saw them walloped 7-2 by Villa back in October, and this was redemption of sorts for their fans, us included. This was like a wish getting fulfilled, and we chose to celebrate at Wish Casinos (perfectly named for this occasion!) As many as four Reds players were also named in the official Team of the Week- the most of any club for this GW. 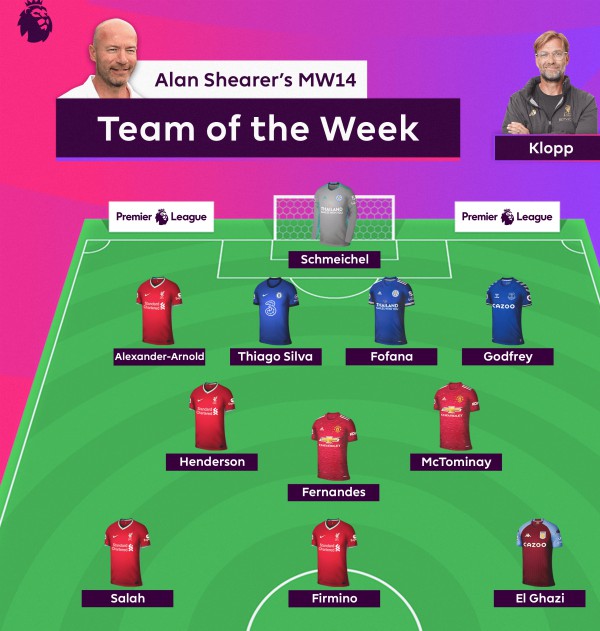 Minamino and Mane both missed decent chances to extend the lead even further before Salah came off the bench and set up Firmino for the club’s fifth. Firmino had to finish from a wide angle, but never looked like missing.

Salah then himself got onto the scoresheet as he nodded in from close range, and then put the icing on the cake with a stunning finish for the club’s 7th and final goal.

Palace are not an easy side to beat at home, but Liverpool simply blew them off the park. They had held Spurs to a draw a few days ago, but had no answer to the ruthless Reds, who simply coasted to victory and were too good for Roy Hodgson’s men here. 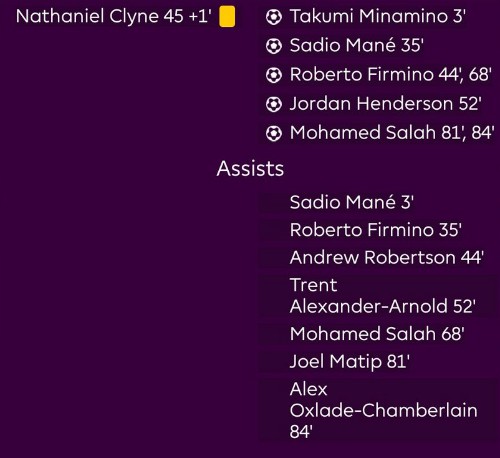