Defending champions Liverpool produced a fine display of footy as they comfortably beat Wolverhampton Wanderers at Anfield. There were worries before the game that well-rested Wolves could prove to be a threat for the injury-hit Reds, but the return of the fans seemed to spur the home side on, and they turned in one of their best performances of the league season to overwhelm Nuno Espirito Santo’s men. 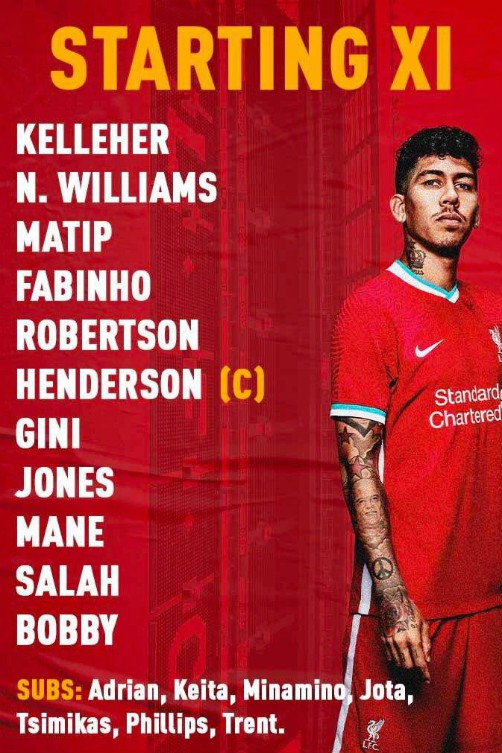 Wolves had an early let off when Semedo’s weak header gave Liverpool an opportunity to attack, but fortunately for the visitors, the Reds weren’t able to make the most of that opportunity. That was however not the case 11 minutes later when another error, this time from Conor Coady, handed Mo Salah the first goal on a platter, and the prolific Egyptian made no mistake. Coady thought he had atoned for his error when he won Wolves a penalty late in the first half, only for VAR to disallow the spot kick after seeing that there was no contact between the defender and Sadio Mane, and Liverpool took a 1-0 lead into the break.

The Reds’ game was the final one of the weekend, which interestingly didn’t see too many home wins- only Man City, Chelsea and Spurs won their home fixtures. City’s clash against Fulham was also a part of Super6 for the weekend- more details can be found here, and they won 2-0, as did Jose Mourinho’s side. Chelsea also triumphed by a two goal margin (3-1 over Leeds), which meant that Liverpool’s 4-0 victory here was the biggest home one of the weekend. It was imperative that the Reds keep pace with Spurs and Chelsea, and they did so with a strong second half performance to blow Wolves away.

Liverpool’s second came courtesy a long range stunner from Gini Wijnaldum. The Dutch international, a reassuring constant in midfield these days with the club’s long injury list and congested set of fixtures, curled home one from distance with Wolves’ defenders backing off following a swift counter attack from the home side.

Any faint hopes Wolves might have harboured of a comeback were dashed when centre half Joel Matip nodded in midway through the second half. There was another to come, courtesy an absolutely delicious cross from Trent Alexander Arnold that was put into his own goal by the unwitting Semedo.

Wolves did have their chances- Podence had a shot brillianty saved by LFC goalkeeper Kelleher, while Dendoncker came closer with a couple of headers. Unfortunately the visitors were simply not as clinical in front of goal as the Reds, and few would disagree that the home side deserved to run out comfortable winners.

This was a disappointing result for Wolves- they last beat Liverpool at Anfield in 2010, and have lost all their league games to the Reds since returning to the Prem a few years ago. Their next clash will be a home one against Aston Villa, while Liverpool will travel to Denmark to take on FCM in the Champions League. 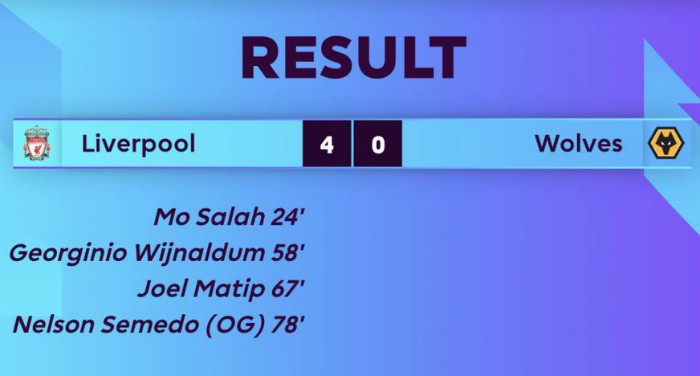