Liverpool began the defence of their UEFA Champions League crown with defeat in Naples. It’s not the first time Jurgen Klopp’s crew have come unstuck in the Stadio San Paolo either.

The Reds have lost twice in the group stage to Napoli away in the space of a year. While the 1-0 reverse of October 2018 proved no barrier to European success last season, a repeat defeat in their pool opener begs the question does Carlo Ancelotti have Liverpool’s number?

History between the Napoli boss and Merseyside outfit goes back to 2005 and a city on the frontier between Europe and Asia. A little place on that cultural crossroads called Istanbul. 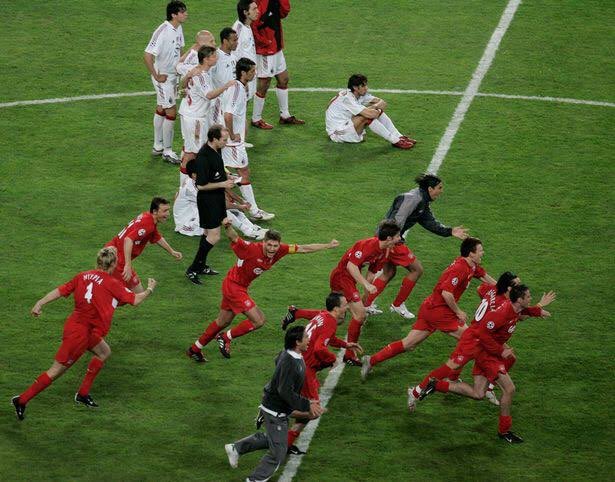 That against all odds comeback in the 2005 Champions League final is written large in Liverpool folklore. Ancelotti – then manager of AC Milan – saw his side storm into a 3-0 half-time lead courtesy of San Siro icon Paolo Maldini and a double from Hernan Crespo.

It looked even to the most positive Reds supporter like an unassilable lead. Yet a miracle happened on the banks of the Bosporus. Kop idol Steven Gerrard – already being touted by Klopp himself as his successor after going into management with Scottish giants Glasgow Rangers – pulled one back. Czech winger Vladimir Smicer also struck and Xabi Alonso netted the rebound from a penalty.

That forced extra time and a shootout in which Polish stopper Jerzy Dudek and those famous wobbly legs prevailed. It was a damaging defeat for Milan but Ancelotti learned a valuable lesson – to respect Liverpool.

The two sides met in the Champions League final again two years later. This time Milan won the day with the tactically astute striker Filippo Inzaghi scoring at the double.

Dirk Kuyt’s consolation proved too little too late for Rafa Benitez’s Reds. Ancelotti would later leave Italy and come to the Premier League as manager of Chelsea.

In his first season as Stamford Bridge, he did the double over Liverpool as the Blues stormed to the Premier League title and FA Cup success. Ancelotti couldn’t match that in his second season, however, as the Reds gained revenge with league victories home and away.

Since those domestic battles, Ancelotti has faced Liverpool four times in European competition and won each encounter. He steered Real Madrid to La Decima in 2014 and the Champions League holders did a group stage double in the following campaign including a comprehensive 3-0 win at Anfield.

Napoli have also begun the new Italian football season well and are 11/2 in the outright Serie A betting with bet365 to finally end Juventus’ domestic dominance. Results like their 2-0 victory at home to the reigning European champions give Ancelotti hope of breaking the Old Lady’s stranglehold.

Forward players have proved the difference for Napoli in their encounters with Liverpool. Former Premier League striker Fernando Llorente made sure of victory after Dries Mertens’ penalty in the latest.

Last year it was Lorenzo Insigne who sunk the Reds in Naples. Klopp will be targeting some revenge at Anfield, however, where Liverpool edged last season’s other group game 1-0 thanks to Mo Salah.

It’s a game the early Premier League leaders must chase if they are to top their Champions League pool, which is perhaps proving more competitive than it looked on paper. Ancelotti’s European record against the Reds of played seven, won five, suggests his Neapolitan team are big dangers