L’Equipe’s player ratings tend to be notoriously harsh, and they came down heavily on some of Barcelona’s players after the Catalan giants lost 4-0 to Liverpool at Anfield last night.

The worst Barcelona players on the evening, according to L’Equipe were Luis Suarez (a former Liverpool player himself) and left back Jordi Alba, both of whom got a 2/10. A similar rating was given to Barca coach Ernesto Valverde, who was soundly criticised for his tactics after the game.

Lionel Messi (6) and Arturo Vidal (5) were the only outfield players to emerge with any credit for the Blaugrana. 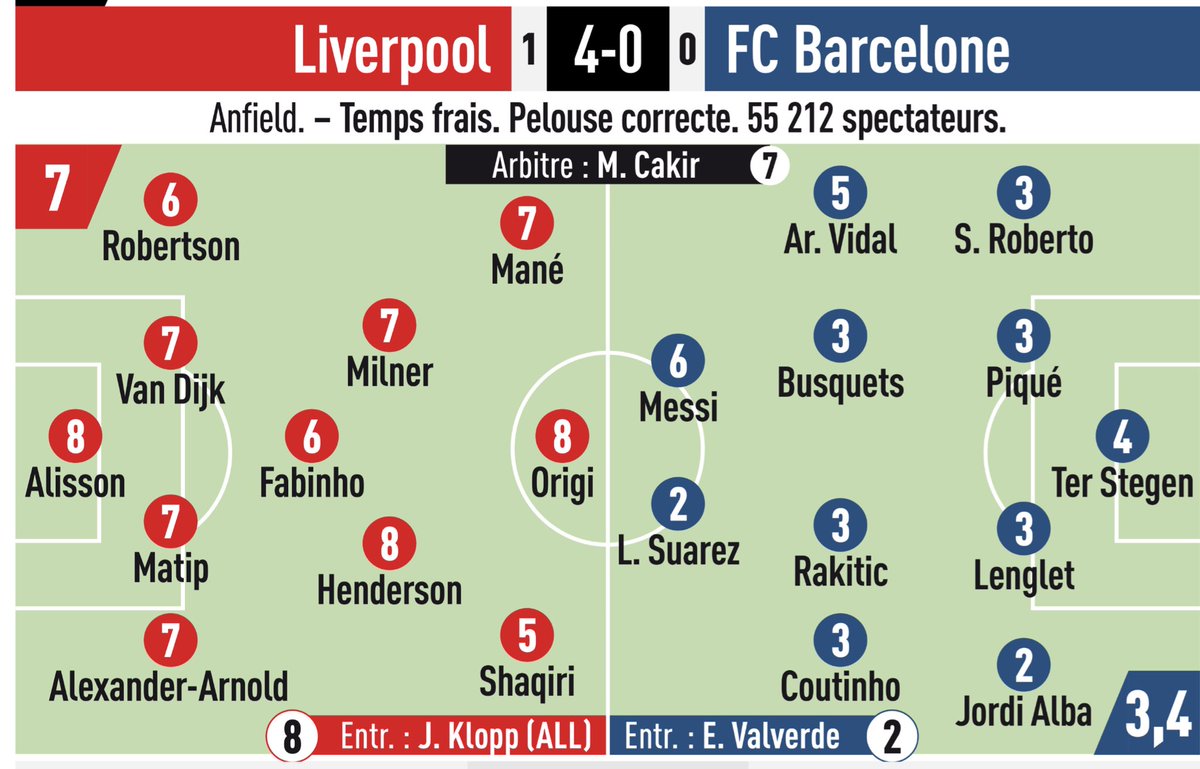