Xherdan Shaqiri has been left out of Liverpoool’s squad to travel to Belgrade for their Champions League clash against Red Star. The versatile playmaker was not named in the 21 member team announced by the Reds, with Jurgen Klopp wary of a potentially harsh reception for the Swiss star, who has Kosovar-Albanian heritage, especially after his Double Eagle celebration at the World Cup earlier this summer in Russia. The Swiss came from behind to win 2-1 against the Serbs thanks to goals from Shaqiri and Arsenal’s Granit Xhaka.

Here is what manager Jurgen Klopp had to say on the matter.

We are keen to be respectful and keen to avoid any distractions that would take focus away from a 90-minute-plus contest that is important for football and only football. So for that reason, Shaq is not involved and he accepts and understands this. Shaq is our player, we love him, and he will play for us a lot of times, but not on Tuesday 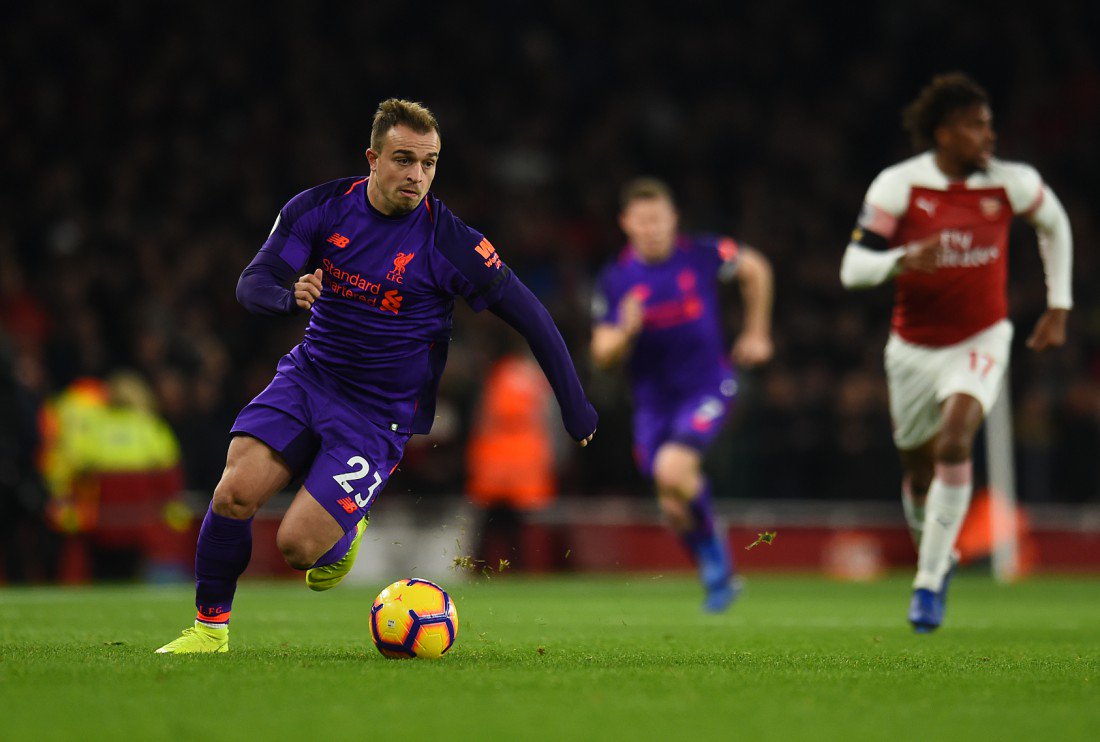 Red Star fans can be a passionate lot- the Serbian giants attracted a crowd of 49,112 for their 0-0 draw against Napoli earlier in the competition. They’re currently bottom of the group, while the Reds narrowly top it ahead of Paris SG and the Partenopei after three game weeks.

Liverpool beat Red Star 4-0 in MD3 thanks to a brace from Mo Salah and goals from his attacking partners Roberto Firmino and Sadio Mane.

LFC drew 1-1 with Arsenal over the weekend, with Milner’s opener cancelled out by the Gunners’ French star Alexandre Lacazette.