The number of international players called up from a club is sometimes a good indicator of how well it’s been doing domestically. By that metric, Liverpool are definitely been right up there, and the Reds had a whopping 15 players called up during the recent international break. It’s also a testament to the purchasing power of the Premier League and the calibre of players it’s able to attract.

The PL was also the biggest provider of players at the 2018 World Cup with 129 representing the English top flight in Russia over the summer.

Qualifying for each tournament and the new UEFA Nations League sees even more players from PL clubs jetting off to all four corners of the world during each international break. 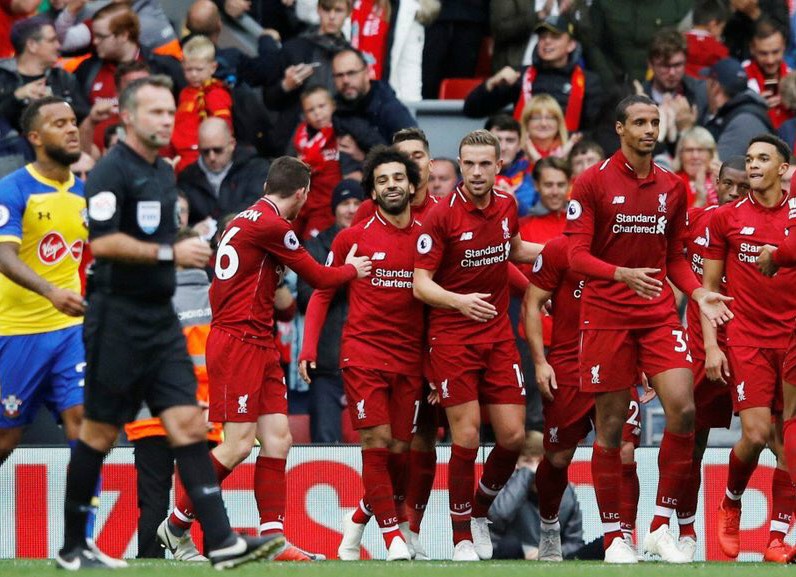 In all, there were 165 players from the Premier League representing their company over the recent October break – and that’s only the seniors!

The international break has the potential to throw up shock results upon the return to domestic action. With the likes of South American nations playing midweek ahead of the players coming back to the club just a few days later increases the fatigue levels of the players. It’s also interesting to note that Brazil was the nation most represented by PL players after England.

The Betfair English Premier League odds currently have Manchester City as the odds on favourites and the defending champions were handed a favourable tie after the international break by being at home to Burnley, whom they dispatched 5-0.

City had 12 senior international players away with their country earlier this month, including Nicolas Otamendi with Argentina, Ederson, Danilo and Gabriel Jesus all representing Brazil, and Riyad Mahrez with Algeria. Whereas Burnley only had five senior internationals, which included three playing nearby for the Republic of Ireland; Kevin Long, Jeff Hendrick and Sam Vokes.

In comparison to Liverpool’s 15 internationals, only three from Huddersfield were called up, and the fresher Terriers pushed the Reds all the way over the weekend, with Jurgen Klopp’s side escaping with an unconvincing 1-0 win.