Liverpool boss Jurgen Klopp has revealed that Sadio Mane is a doubt for their final game against the season. The Senegalese international, who forms one part of their attacking trident alongside Philippe Coutinho and Mohamed Salah, has picked up a “fresh injury” according to Klopp.

Liverpool need only a point from their final game against Brighton to seal CL football for next season. If they somehow lose to the team they thumped 5-1 at the Amex Stadium in December and Chelsea win against Newcastle on the final day of the season, then Klopp’s men would have to beat Real Madrid in the Champions League final in Kyiv. A result against Brighton should, on paper, be easier to achieve, with the Seagulls having nothing really to play for and Liverpool having a great record at home. The Reds will also be playing in their new kit. 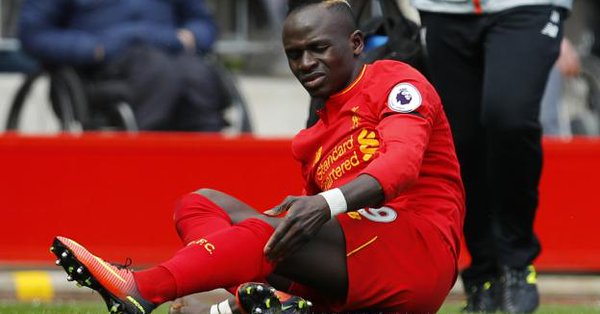 Mane could therefore join Gomez, Matip and Ox on the sidelines, but Klopp revealed that Adam Lallana is very likely to feature on Sunday.

For Liverpool, Mo Salah still has a chance to break Ian Rush’s club record for goals in the season. The Egyptian, as mentioned by sportsblogny.com would be central to their new chances of upsetting Zinedine Zidane’s side. Salah has 43 goals in 50 appearances this season and needs four to tie with Rush.

Lewis Dunk has scored an own goal the last two times he has played against Liverpool, and the 25 year old centreback will be keen to avoid an unnecessary “hat trick” at Anfield on Sunday.

Brighton will be without the injured Steve Sidwell, and this fixture might also be Leonardo Ulloa’s final one for hte Seagulls.