Jordan Henderson has committed his long term future to Liverpool by inking a fresh 5 year contract with the Reds, rumoured to be worth £100,000 a week. The new contract will keep Henderson at Anfield till 2020.

Henderson, whose wife recently gave birth to their second child, joined Liverpool in 2011 from Sunderland and is a hot favourite to take over the club captaincy officially next season when Steven Gerrard moves to the States. 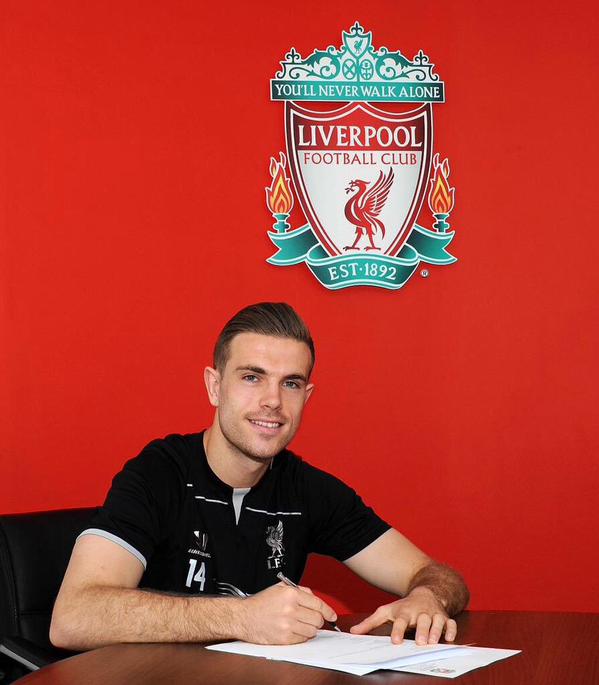 Henderson said, “It’s brilliant news for me to commit my future to this football club. I think, over the next few years, we can challenge and start winning trophies”